Precision Lift® targets the cause so the cure is long-lasting and at a fraction of the cost of slab replacement. At a minimum, concrete settlement is a nuisance and an eye sore. Uneven slabs are trip hazards and a threat to health and safety.

Precision Lift® is designed and manufactured by Prime Resins, Inc., a 35+-year veteran of the polymer industry with customers worldwide. For background information on this product and company, go to www.primeresins.com.

The Precision Lift® system is equal parts art and science. The high-strength polymer is scientifically formulated to strengthen soil conditions and hydraulically lift concrete slabs. The art of the injection grants the precise lifting accuracy and restores safety and beauty to your concrete structure.

As experts in lifting concrete, our objective is to limit your inconvenience and return the safe use of your property.

Features of this Technology

There are many types of leaks, and we offer different solutions to address each of them. We have a full range of products to seal leaks of all types and sizes. These products range from cutting-edge acrylate resins to hydrophilic and hydrophobic polyurethane grouts. Let us maximize your efficiency: one of our technical consultants can advise you on the best product and approach for your particular job.

There are several factors to consider when choosing how to seal a leak, including:

Whether your job involves a treatment plant, manhole, culvert, leaking dam, or underground wall, we have what you need. Is potable water involved? Several Prime Resins products have been independently tested and verified to meet NSF/ANSI Standard 61 for contact with drinking water, making them ideal for water treatment, transport, and storage structures. This eco-friendly designation also makes these products a great choice for work on seawalls and near wetlands or other environmentally sensitive areas.
Get a Quote

Your Options:
The Problem:
The Solution:
What Causes the Problem?
How easy is the grout-injection process?
About the Grout:
Your Options:

The prospect of having to replace a compromised seawall or bulkhead is a daunting one. But there are other options to repair voids behind and under seawalls, including injecting chemical grouts. Total seawall replacement offers no structural advantage over stabilization with chemical grouts.

Defects in seawalls allow water to travel through or under the wall. This water movement can cause erosion, resulting in soft, unstable soils or large voids. The structural integrity of the seawall depends on the fill soils behind and beneath the seawall. Erosion compromises the structural integrity of the wall, but can also endanger adjacent building foundations, threatening public safety.

Some repair methods require frequent refilling of the voids with new soil, which is costly long-term and requires constant monitoring. What Causes the Problem?

Accumulated ground and storm water (what about the water from the body of water the wall is holding back?) travels underneath the seawall’s foundation and through its joints and minor defects. The water loosens and washes away soil. Because loose soils are more permeable, water enters and leaves more readily, which leads to larger voids and the potential for catastrophic failures of the seawall and adjacent foundations.

How easy is the grout-injection process?

The grout is injected behind the seawall via soil probes. The low viscosity polyurethane grout creates an impenetrable foam mass that forces any remaining water out, leaving no room for new water.

Polyurethane chemical grout is available in single- and two-component formulations and can be used for many applications. Single-component grouts are typically injected as a liquid resin. Then, upon contact with water, a chemical reaction produces an expansive foam.

This foam is closed cell, does not transmit water, and—depending on the product—remains either flexible or rigid. Single-component polyurethane resins are typically used for sealing leaks and stabilizing soils by permeation grouting. Two-component formulations do not need water to initiate the chemical reaction. Two-component foams are typically used for compaction grouting, void filling, or slab or foundation lifting.

This expansive foam grout naturally follows the path of least resistance just like water, so any secondary defects in the seawall are sealed as the foam expands.

Well-compacted soils provide a foundation upon which concrete structures perform. Decomposing soils, erosion, freeze-thaw cycles and groundwater migration can break down this foundation. This is the root cause for the damage or failure of structures from buildings to highways.

Stabilizing soil can be done without major excavation. Injecting polyurethane chemical grouts and acrylate resins and gels into loose or less dense soils, voids, pores and fissures will strengthen the earthen substrate and provide watertight encapsulation.

Prime Resins has been providing soil stabilization solutions for more than 30 years with our Prime Flex polyurethane foams and gels. We now have acrylate resins to add to your repertoire of options.

The alternative solution is often repair or replacement that can be expensive and might not be feasible because excavation is impossible or too disruptive. 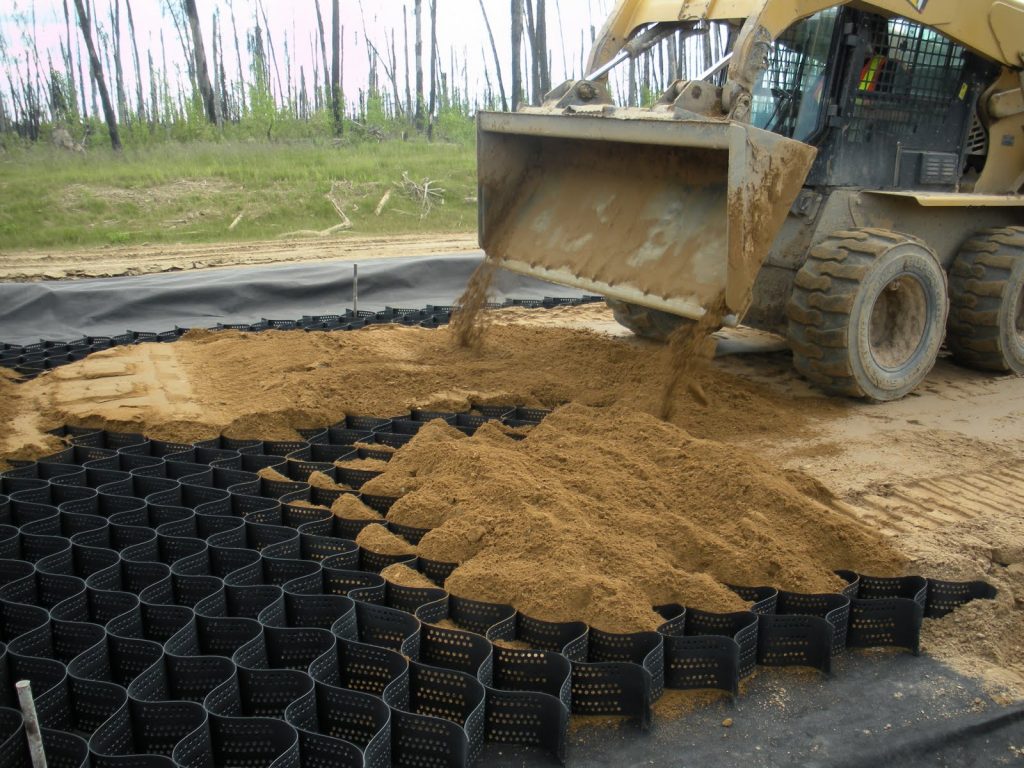